Calculator wich could to be

1 reply to this topic

In this topic, I want to look at one popular gadget from 15 years ago in terms of unrealized hardware characteristics that could be present in good calculators. The AT-3000 dictionary-translator went on sale back in 2005. At the same time, the "fx-9860g slim" appeared. In 2006 the "hp-50g" was introduced, and in 2007 the "hp-35s". 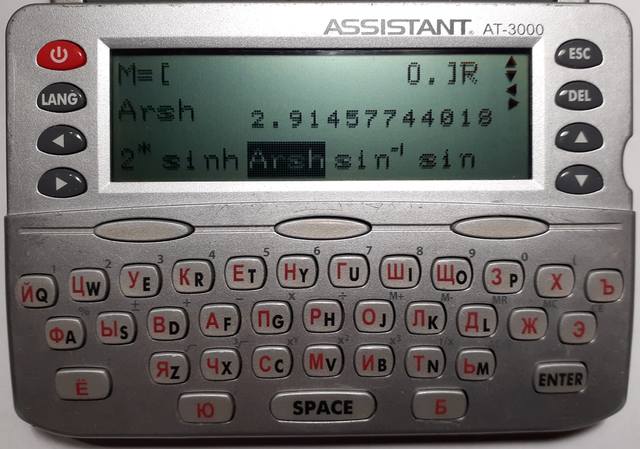 The next photo shows the internal structure. The first thing that catches your eye is the number of chips in such a simple device: two display drivers (Sitronix Technology) ST8012 for 56×160 dot matrix LCD panel, a custom CPU AC937020B and a 12M×8-bit mask ROM AC128200A. The contacts under the keys are made in the form of metal membranes of medium rigidity with good mechanical hysteresis, which are covered with a sealed transparent film on top. One of these contacts is visible at the bottom of the board in place under the "Reset" button. 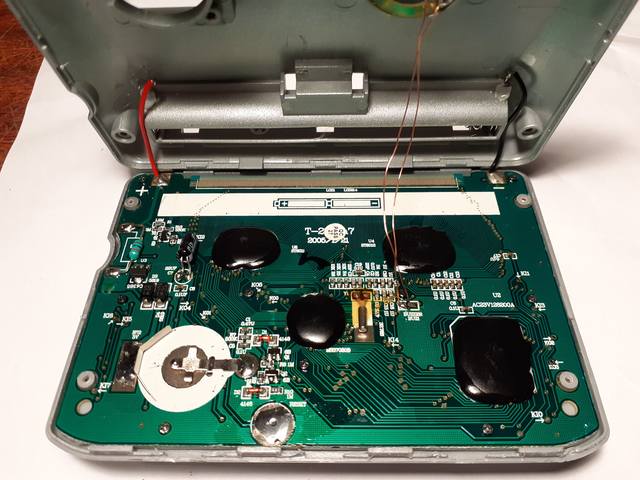 Quite an original power supply system. Operating voltages are in the range of 2.5...4.8 volts. The device is equipped with two 1.5 volt galvanic cells. It would be more profitable to install a single lithium cell at 5000 mAh, and even better – a Li-ion battery. This device has a battery discharge indicator, which graphically shows a scale within 2.4...3.2 volts for the original power supply. If a Li-ion battery is installed, only the lower limit of 3.1 V and down to 2.5 V is signaled for it, which shows that it is desirable to charge the battery. At a voltage of 2.4 V, the computer switches off abruptly. With such a low load, even the deep-discharge mode of the Li-ion battery allows you to produce more than a
hundred charge cycles within 4...5 years without a noticeable decrease in performance, which for the AT-3000 is even more than necessary with a maximum power of 0.05 W. 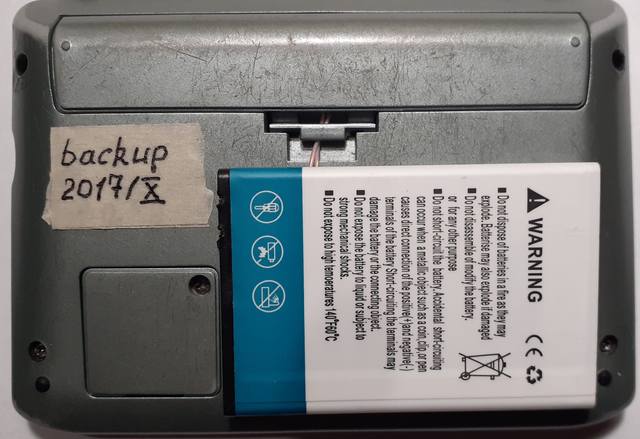 The keys are coated with a layer of transparent, wear-resistant polymer that is immune to organic solvents. For 12 years of my use of this toy, the quality of the keyboard has not deteriorated at all. The only upgrade I made was to install an external battery and cover the circuitry with a special protective varnish. 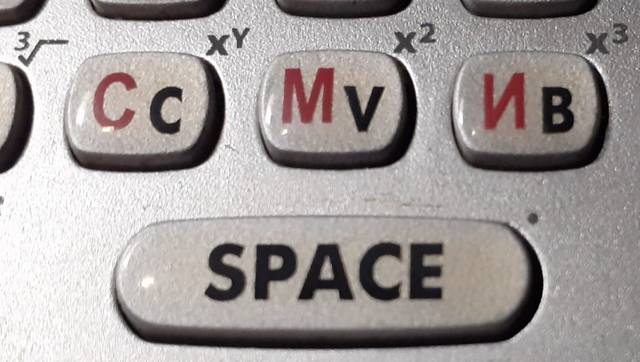 A very pleasant impression in this translator is left by a simple engineering calculator, which takes up only a tenth of all the other functions of the device. Nevertheless, the calculator application is executed at a sufficient level. Oddly enough, even the watch shows good accuracy with negative thermal compensation: +1...-1 second per day in the temperature range 0...+40
degrees Celsius.
The adjustable auto-off also controls the operating time of the built-in clock from the backup battery during the absence of the main batteries (within 1 ... 15 minutes). After that, the settings are reset, but the RAM available to the user (8 kb) remains unchanged.
The described advantages should well be present in modern calculators CASIO, TI or HP.

I present two more voice translators: assistant AD-3110 (China, 2007, 120×160 LCD) and ectaco partner X5 (USA, 2002, 128×256 LCD). This is not an advertisement, because the sound quality there is terrible and there is a lot of hackery in the firmware. I again consider these toys from the point of view of the quality of hardware, which is very lacking in modern graphical calculators. 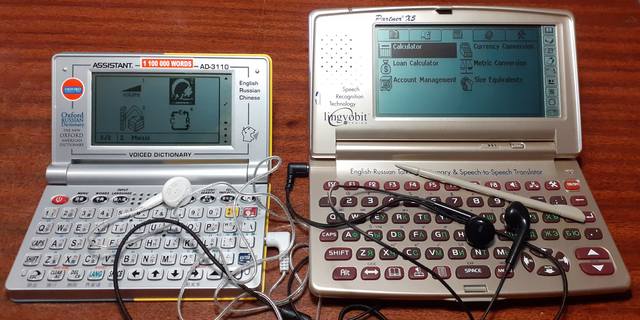 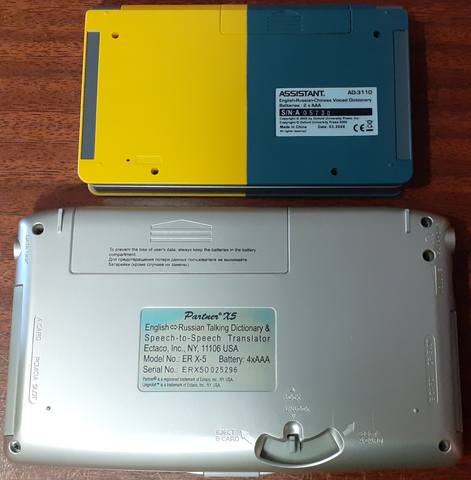 The unsurpassed benchmark for the design of the calculator in the "landscape" form factor is, of course, the AD-3110: 67 keys, a powerful speaker, 120×160 LCD and a size. I sometimes think that the design and the power supply system of modern calculators is developed by poor, homeless, unemployed engineers for food (fx-9750/9850/991...X, CG50, hp-50g/35S/39gii, ti-... etc).
The first impression when I picked up these toys - it`s not CASIO, it`s not HP or TI. In fact, it is made by special order for Russia with love from China. 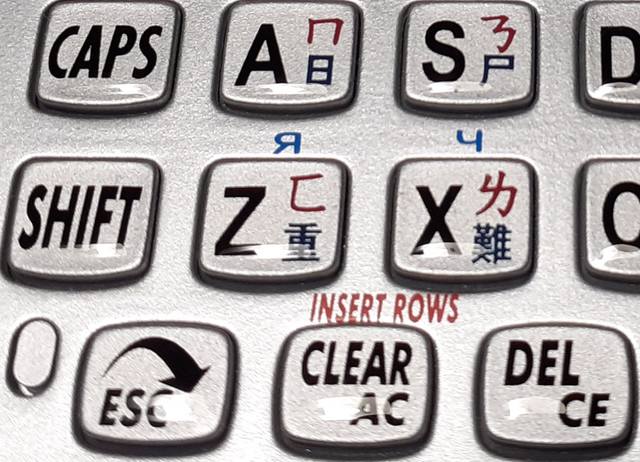 Once again, I want to draw your attention to the keys with metal contacts and with a polyurethane coating. Even HP/SHARP couldn`t afford it for calculators in their heyday